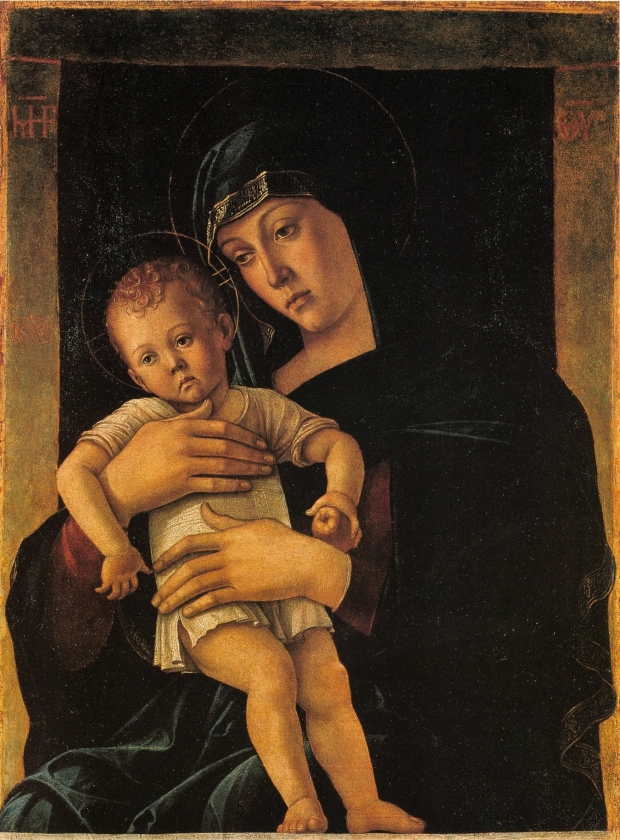 In Bellini’s Madonna Greca, both mother and son gaze sadly off-stage while he holds an apple, propped against her wrist. The apple brings to mind a scriptural allusion. He is, in the words of Elizabeth, the fruit of her womb. But the fruit also connotes the fateful fruit of the garden of Eden: the fruit of free will, offering humans the choice between obedience and rebellion. Mary is the new Eve, also given a choice. Mary, accepting her role as theotokis or God-bearer, is given the opportunity to offer the fruit to the new Adam who upends the fall, turning things right side up again. And Jesus doesn’t play a passive role either. He holds the fruit and the possibility of choosing a different path. Mary and Jesus both are making choices of cosmic significance.

From “On Death in December” by Susan Bruxvoort Lipscomb in the 2011 Advent/Christmas issue of The Cresset (vol. LXXV, no. 2), page 9.