For now treat the Scripture of God as the face of God. Melt in its presence.

From a sermon by Augustine, cited by Robert Louis Wilken in The Spirit of Early Christian Thought: Seeking the Face of God on pages 50 and 76.

Like all great Christian thinkers he consciously moved within a tradition he had himself not created. He was most comfortable with a page of the Bible open before him in a basilica in the midst of the community of faith to which he was accountable. The church fathers wrote “as those who are taught” (Isa. 50:4).

From The Spirit of Early Christian Thought: Seeking the Face of God by Robert Louis Wilken, pp. xix-xx.

In a revealing aside in a sermon preached on the anniversary of his ordination Augustine said, “I nourish you with what nourishes me; I offer to you what I live on myself.”

This extended passage about a prayer from the Apostolic Tradition of Hippolytus (“a little book with prayers for the Eucharist, baptism, ordination, and other rites reflecting practice in Rome at the end of the second century”) is again from Wilken’s The Spirit of Early Christian Thought: Seeking the Face of God (32-36). Although Wilken defends a Catholic conception of Christ’s re-sacrifice that I do not espouse, there is great value in his overarching insight that God’s redemptive acts, recorded in scripture and remembered in the sacraments, are a true and present reality to us.

Although it is a prayer of adoration, thanksgiving, and supplication, it has a distinct narrative structure.

…[This imitates] the psalmists [who] do not simply praise the majesty and goodness and power of God, they identify God by his actions, “his mighty deeds.” To praise God is to narrate what he has done.

…Yet it is apparent from the wording of the prayers that something more is at work here than recalling ancient history. After reciting the history of salvation leading up to the “night on which he was betrayed,” the prayer continues as follows: “And we sinners make remembrance of his life-giving sufferings, his death, and resurrection on the third day from the dead and ascension to the right hand of You, his God and Father, and his second glorious and fearful coming.” The key term here is the Greek word anamnesis, usually translated “remembrance,” which in this context means “recall by making present.”

There are parallels between this sense of remembrance and the way the Exodus out of Egypt is remembered in the Jewish Passover. In the Mishnah, the collection of Jewish law from the early third century, it is reported that Rabbi Gamaliel used to say, …”In every generation a man must so regard himself as if he came forth himself out of Egypt, for it is written, ‘And you shall tell your son on that day saying, “It is because of that which the Lord did for me when I came forth out of Egypt.”‘” Those who celebrate Pesach are not spectators, they are participants. “It is I who came forth out of Egypt,” says Rabbi Gamaliel. Remembrance is more than mental recall, and in the Eucharist the life-giving events of Christ’s death and Resurrection escape the restrictions of time and become what the early church called mysteries, ritual actions by which Christ’s saving work is re-presented under the veil of the consecrated bread and wine. Speaking of the Christian paschal celebration Origen wrote, “The Passover still takes place today” and “Those who sacrifice Christ come out of Egypt, cross the Red Sea, and see Pharaoh engulfed.” What was once accomplished in Palestine is now made present in the action of the liturgy, as the prayers indicate: “We offer to You 0 Lord, this awesome and unbloody sacrifice, beseeching You to deal with us not according to our sins.”” Liturgy is always in the present tense. The past becomes a present presence that opens a new future.

…The repeated celebration of the liturgy worked powerfully on the imagination of early Christian thinkers. It brought them into intimate relation with the mystery of the Christ, not as a historical memory, but as an indisputable and incontrovertible fact of experience. Leo the Great, bishop of Rome in the fifth century, put it this way: “Everything that the Son of God did and taught for the reconciliation of the world, we know not only as an historical account of things now past, but we also experience them in the power of the works that are present.” Before there were treatises on the Trinity, before there were learned commentaries on the Bible, before there were disputes about the teaching on grace, or essays on the moral life, there was awe and adoration before the exalted Son of God alive and present in the church’s offering of the Eucharist. This truth preceded every effort to understand and nourished every attempt to express in words and concepts what Christians believed.

Another passage from Wilken:

When speaking of how God is known early Christian thinkers favored the metaphor of seeing, not hearing. In his response to Celsus, Origen cites a series of biblical texts that have to do with seeing: “Blessed are the pure in spirit for they shall see God” (Matt. 5:8); “He who has seen me has seen the Father” (Jo. 14:9); and “Christ is the image of the invisible God” (Col. 1:15). From these he draws the conclusion that people come to know the “Father and maker of this universe by looking at the image of the invisible God.” Beauty is the corollary of seeing. In the Scriptures many of the key terms used of God’s self-disclosure, words such as glory, splendor, light, image, and face, have to do with the delight of the eye. When we speak of the pleasure the eye takes in what it sees the term that comes to mind is beauty. The psalmist wrote, “One thing have I asked of the Lord … that I will behold the beauty of the Lord” (Ps. 27:4).

As early as the second century the apologist Athenagoras of Athens included the term beauty in a list of words depicting God. The God we set before you, he says, is “encompassed by light, beauty, spirit, and indescribable power.” In his commentary on the Song of Songs Origen wrote that the “soul is moved by heavenly love and longing when it beholds the beauty and the comeliness of the Word of God.” God’s revelation can be seen from the perspective of its ineffable beauty as well as of its truth and goodness.”  (p. 20)

This point is central to the thesis of Wilken’s book (The Spirit of Early Christian Thought: Seeking the Face of God) and shows how the medieval triad of goodness, beauty and truth started to be understood as three modes of knowing God and his revelation.

Another one of “the most distinctive features of Christian intellectual life” is the influence of God’s word. However, Wilken stresses that the scriptures provided far more than an intellectual basis for the early church.

Christian thinkers were not in the business of establishing something; their task was to understand and explain something. The desire to understand is as much part of believing as is the drive to act on what one believes. …Christian thought arose in response to the facts of revelation, how its idiom was set by the language and imagery of the Bible, and how the life and worship of the Christian community gave Christian thinking a social dimension that was absent from ancient philosophy. (p. 3)

And from his introduction:

The intellectual effort of the early church was at the service of a much loftier goal than giving conceptual form to Christian belief. Its mission was to win the hearts and minds of men and women and to change their lives. Christian thinkers appealed to a much deeper level of human experience than had the religious institutions of society or the doctrines of the philosophers. In this endeavor the Bible was a central factor. It narrated a history that reached back into antiquity even to the beginning of the world, it was filled with stories of unforgettable men and women (not all admirable) who were actual historical persons rather than mythical figures, and it poured forth a thesaurus of words that created a new religious vocabulary and a cornucopia of scenes and images that stirred literary and artistic imagination as well as theological thought. God, the self, human community, the beginning and ending of things became interwoven with biblical history, biblical language, and biblical imagery. (pp. xiv-xv) 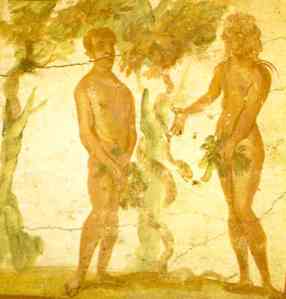 My wife and I got a Kindle for Christmas form her family and often find ourselves reaching for it at the same time. One book that I particularly enjoyed reading recently was Robert Louis Wilken’s The Spirit of Early Christian Thought: Seeking the Face of God. I’ve cited it once already and will post several more passages as I go back through the long page of highlights that I generated. Here’s a short one from midway that touches upon many of the others.

One of the most distinctive features of Christian intellectual life is a kind of quiet confidence in the faithfulness and integrity of those who have gone before. (p. 175)

Early Protestants (from the first generation of Reformers through the America Puritans of the colonial period at least) had a wide-spread, intimate and appreciative knowledge of the church fathers. This basic conservative (and biblical) instinct is something that we easily loose sight of in a fast-paced and entertainment-driven age. We survive and mature by receiving from our fathers (with thankful hearts) all that we can bear. Protestants need not feel threatened by this.

More worthwhile still might be to ask whether or not this really is among “the most distinctive features of Christian intellectual life.” What other contenders are there, and do they conflict? Wilken raises several others himself in the course of his own efforts to conjure the thought life of early Christians.

I need to read Gregory the Great and Maximus the Confessor directly, but these passages from Robert Louis Wilken’s study of Early Christian Thought illuminated human nature for me in some fresh, clear and simple ways. Yesterday’s post reminded me of these passages.

Gregory speaks of human freedom as moral freedom, the freedom to become what we were made to be. Freedom, as he puts it, is the “royal exercise of the will,” but will is much more than choice, than deciding to do one thing in preference to another. It is an affair of ordering one’s life in terms of its end, freedom oriented toward excellence (the original meaning of virtue) and human flourishing. As we gorw in virtue we delight in the good that is God. Hence freedom is never set forth in its own terms, but rather is always seen in relation to God. Because human beings were made in the image of God, our lives will be fully human only as our face is turned toward God and our actions formed by his love. Freedom is as much a matter of seeing, of vision, as it is of doing. (location 1676)

…The human will is not less human but more human because it is in harmony with the divine will. Like Cyril, Maximus wishes to say that Christ showed us a “wholly new way of being human.” Christ’s life, writes Maximus, was “new, not only because it was strange and wondrous to those on earth, and was unfamiliar in comparison to things as they are, but also because it carried within itself a new energy of one who lived in a new way.” (location 1454)

From The Spirit of Early Christian Thought: Seeking the Face of God by Robert Louis Wilken (Yale UP, 2003, Kindle Edition)